The characterization of building stones used in monuments and the location of their historic quarries is key for maintenance and restoration works. The four most representative building stones of Madrid: flint, granite, Cretaceous dolostone and Miocene limestone, have been used in the Trinitarias Descalzas of San Ildefonso convent of this city. A plaque of Carrara marble was placed on the convent façade in honour of the Spanish writer Miguel de Cervantes in 1870.

The decay of the stones was determined by characterization techniques such as optical polarization and fluorescence microscopy and spectrophotometry. This technique gave information about the colour change between the plinth granite of the convent and quarry granite where it was extracted. The historical documentation complements these data.

David Martín Freire-Lista holds a degree in Geological Sciences from the University of Oviedo (2001), a Master in Environmental Geology and Geological Resources from the Complutense University of Madrid (2010) and an European PhD in Geology and Geological Engineering (2016). His research focusses on petrophysics for heritage stone conservation, having worked at the Oviedo University (2000), Federal University of Minas Gerais (Brasil) (2000-2001), Federal University of Ouro Preto (Brasil) (2001-2002), Simón Bolivar University (Venezuela) (2002-2004), Bureau of Economic Geology (University of Texas, Austin) (2004-2005). He has been project manager in Central America from 2005 to 2007 and from 2008 he works at the “Applied Petrology for Heritage Conservation” of the Geosciences Institute (IGEO, CSIC-UCM). 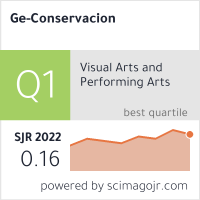